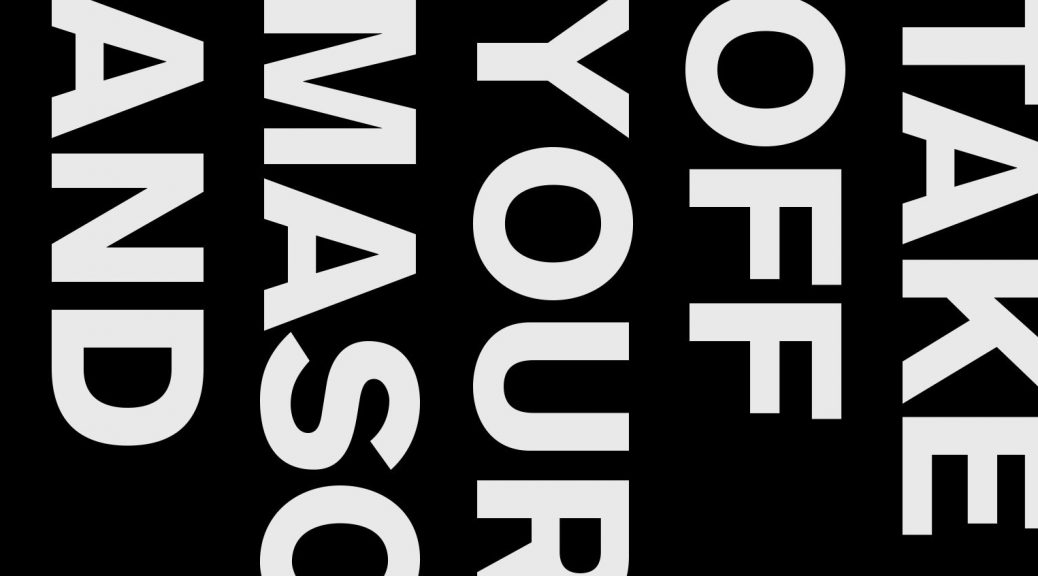 A contribution by the “mikro-keller-crew”:

The poetry show, which was shown in the cellar at the Tuntenhaushoffest July 2018 in Berlin, is printed here again. In October 2018 the exhibition was shown at the Hot Club at the Koch-Areal in Zurich. The text of the exhibition with an introduction – and thoughts on why this exhibition has to be – is documented at the end.

At the bottom of this page: the exhibition text

TAKE
OFF
YOUR
MASC
AND

SHOW
ME
YOUR
HEART
4 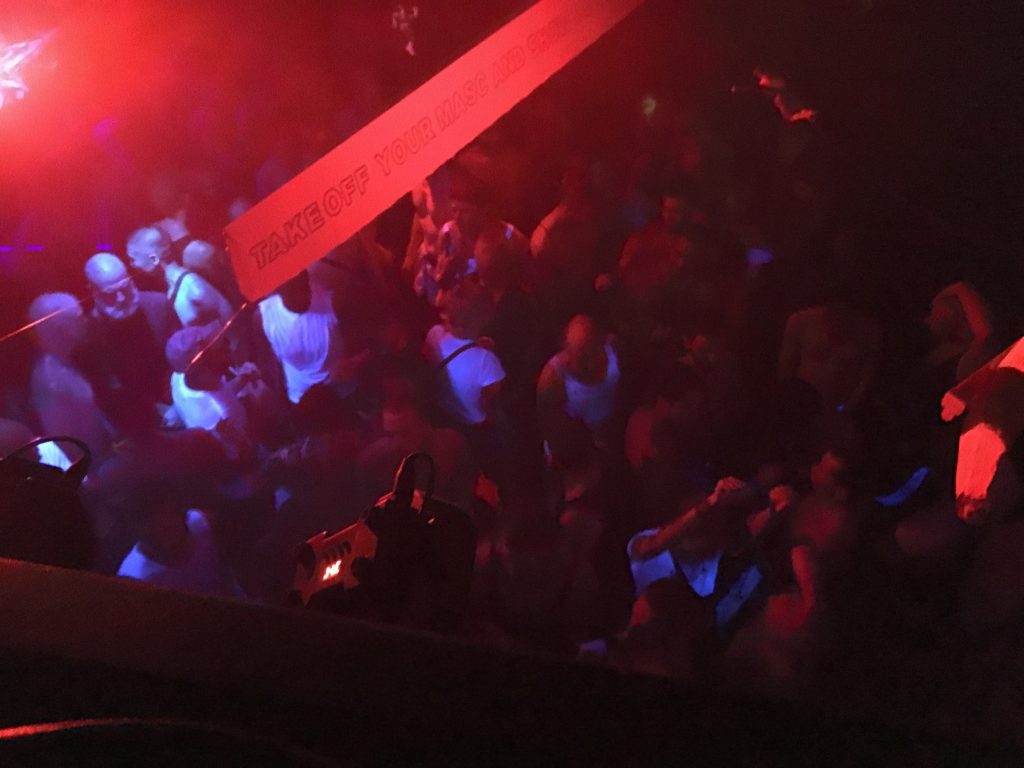 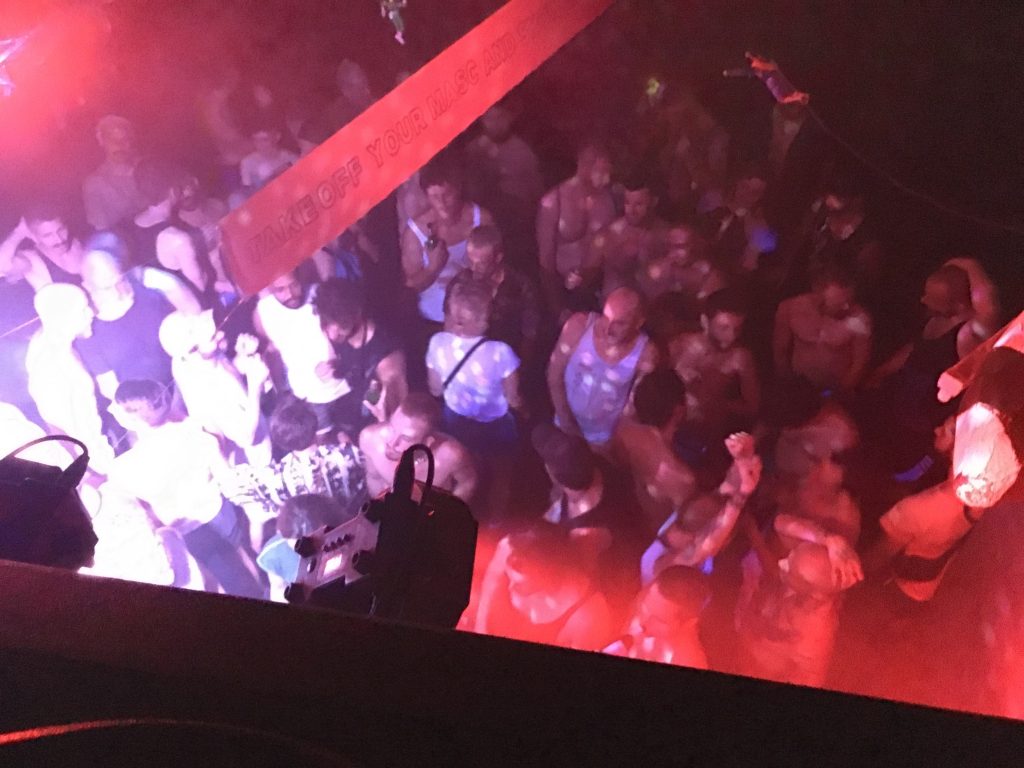 Personal and projected attitudes/­expectations of „hyper-masculinity“ are increasingly affecting alternative, self-organized spaces. – Time to deal with it once more.

The term hypermasculinity was adopted from the deviation of the sex chromosome arrangement. It is increasingly used today to express the powerful performance of various ideas of masculinity: I am not male (enough). – I „play” it. In this game, bodies appear as machines and have the urge to perfect their presentation; the expansion of one‘s own (physical) boundaries. Even exaggerations (perhaps as an expression of the crisis?) become possible, obvious or compelling.

However, this does not remain without consequences for others and the environment. Domination and devaluation of non-masculinity are possible, if not obvious consequences; as well as as the inevitable homo-eroticism of hypermasculinity and its fetishistic attachment to ‘the Male’.

Many find the techno-house floor here at the Tuntenhaus backyard party hot and horny (and that‘s a good thing). Year on year, these tight, sweaty, spaces are filled with topless guys dancing. However, individuals sometimes experience it as a place were they fail in an athletic sense. Further those of us who’re drags, femmes, women, not-so-male or otherwise – who fail to conform to this projected ‘Perfection’ some times have to struggle to participate in this sexiness. It’s clear Hyper Masculinity is an eroticism that creates exclusion. That does not have to be considered problematic right now. On the contrary, this freedom is a privilege, that must be defended and expanded. But of course we also want to defend the inclusivity of self-organized and queer cultures, with all its facets and open spaces.

We – the crew that organizes the cellar – have reason enough to reflect on the ideas, attributions and expectations of hyper-masculinity. In order to effectively deploy a certain critical distance, we have chosen one of the least expected ways associated with this discourse: poetry.

What can be read here is subjective and without any claim to an interpretation sovereignty: questions posing positions. They do not represent the opinion of any groups participating at the Hoffest.

All the texts we show here have been written to be exhibited here today. Thanks to those involved!

The text was also presented on stage during the show.